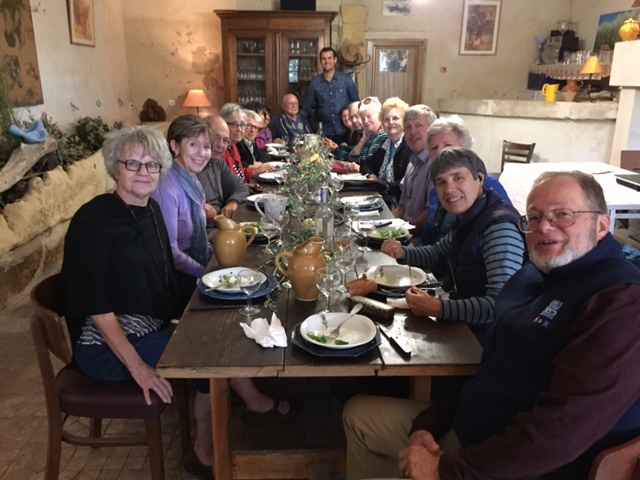 A love for learning brought 15 strangers together for 10 days in Italy’s Tuscany region in 2012. They united for Road Scholar’s "Cooking in Tuscany," an adventure experiencing artisan farms and bustling local markets, discovering the centuries-old story of a family’s prized salami, and learning the intricacies of a four-course lunch — pasta to pastries — under the guidance of a professional chef at the International Academy of Italian Cuisine.

One of the 15 participants, Jennifer Buck, then 66, of New Hampshire, noted how quickly friendships formed as the Road Scholars absorbed the passions of the Tuscan kitchen.

"I felt we were witnessing something really unique," she said. "Every single person connected. We all just instantly liked each other."

Scroll forward to 2016. Jennifer, who had been joined on the Tuscan cooking adventure by her sisters Kay and Mary, was turning 70. To celebrate, she chose another Road Scholar culinary adventure for the sister trio. Actually, not just the trio — she reached out to all 15 people from the Tuscan adventure. Emails were sent. Phone calls were made. The destination was an Adventures Afloat study cruise, "Food & Wine in Southern France: Sip, Taste and Learn Along the Rhône."

"We were hoping to recreate the magic we experienced in Tuscany," Jennifer said, "but knew the odds of everyone attending were slim."

Faster than Jennifer could hope, all of the original 15 Tuscany participants gave an enthusiast thumbs up. Only one didn’t make it, enrolling but withdrawing at the last minute with a leg injury. "With that one exception, everyone signed up," Jennifer said. "There was also one other new couple that fit right in. It was amazing! We picked up right where we'd left off four years ago, just like old friends."

So last October, the 15-plus Road Scholars reunited and sailed the Rhône for two weeks in France. They strolled with a chef in the famed Saturday morning market in Arles, learning why he selected the products he later prepared as a light lunch for them. In the monastic city of Tournus, experts unveiled the surprising role of monasteries in the wine trade. During an onboard lecture, the Road Scholars learned about hunting down the rare and expensive "Black Diamond of Provence" — the truffle.

On the last few nights on the Rhône, Jennifer noticed a familiar buzz in the group. Nightly talk at dinner on their riverboat, the MS Mistral, was effectively summed up in three words: Where to next?

The answer: New Orleans, where the Road Scholars have begun planning to reunite, yet again, and experience another indigenous cuisine and culture — Creole to Cajun — while strengthening their own bond.

"Food is so much more than simply nourishment for the body," said James Moses, President and CEO of Road Scholar. "Breaking bread together is a time-honored way for people to get to know one another, share their lives and experiences, and create moments they will cherish for a lifetime. Yes, it nourishes the body, but it also nourishes the soul. We’ve created dozens of food and wine programs that gives foodies like Jennifer and her friends and family the opportunity to learn about the culture and the cuisine of some of the most fascinating countries in the world."